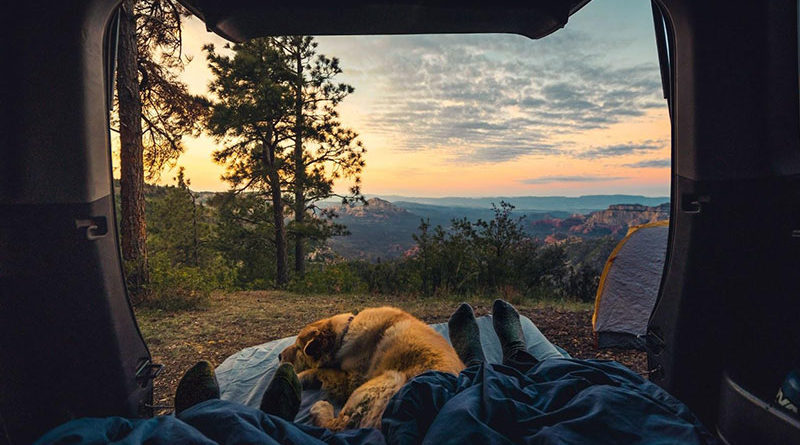 Nestled in the Greater Himalayas, Himachal Pradesh offers a plethora of destinations to get a break from the routine while offering multi-textured picturesque landscapes to be explored. Himachal Pradesh has well-connected locations suitable for travelling with your partner and spending some quality time together, be it a month, a week, or a weekend!

Himachal Pradesh is also home to the Dalai Lama and has a strong Tibetan presence. It is a popular destination for many seeking spiritual enlightenment amidst the mountains.

Camping under starry skies is just the icing on the cake for your escapade! Could your romantic getaway be any better? Read on to find out about enthralling places for camping in Himachal Pradesh.

Tosh bathes in the glory of nature combined with some exotic and indigenous experiences as well. Located at the far side of Parvati Valley, the Tosh Kasol trek is a go-to expedition for many. The town exudes hippie vibes.

During winters, the whole village gets covered in snow and is an excellent time to visit if you want to experience living in the snow. Along with your partner, you can practice yoga or meditation in clean air and peaceful surroundings, especially at the bank of the Parvati River.

April to October, November to February

Kullu/Bhuntar is the nearest domestic airport, approximately 50 km away. A local taxi can be hired to reach the destination. The nearest railway station, the Joginder Nagar station, is 160 km away, from where a bus or taxi can be hailed. Tosh is also well connected through highways.

Famous for its apple orchards, Kalpa is a remote town in the tribal hills of Himachal. Blessed with unparalleled scenic beauty, Kalpa is known as the jewel of Kinnaur.

Laying above the banks of the Sutlej River, Kalpa is 7 kms uphill from Reckong Peo, the capital of Kinnaur. Offering picturesque views of the Kailas peaks, the town is covered with snow in winters and has pleasant weather during summers. Kalpa offers tranquillity as a secluded spot ideal for couples to spend quality time together.

April to June, September to October

Kullu/Bhuntar is the nearest domestic airport, approximately 225 km away. From here, you can hire a local taxi to reach the destination.

Located approximately 24 km from Dalhousie, Khajjiar is a hill station situated in the Chamba District of Himachal Pradesh at a height of 6500 ft.

A rare combination of ecosystems: lake, forest, and pasture, it falls under Kalatop Khajjiar sanctuary. Khajjiar is also referred to as “Mini Switzerland”. Paragliding, zorbing, and horse riding are among the popular activities carried out at Khajjiar.

Trekking to nearby trails can also be done. During summers, days are sunny and pleasant, while winters cover the town with snow. Couples often frequent Khajjiar during the winter season.

April to June, October to March

Gaggal Airport, Dharamsala, is the nearest domestic airport, approximately 122 km away. A local taxi can be hired to reach the destination. The nearest railway station is Pathankot at a distance of 118km from where a bus or taxi can be hailed. Dharamshala is well connected through highways and can be accessed via state-owned buses as well.

Located in the Kangra district of Himachal Pradesh, Dharamshala is overlooked by the Dhauladhar ranges. Dharamshala is considered in two parts: The commercial side of the city with its famous Kotwali Bazar and the Upper Dharamshala that is home to McLeodganj – The home of the Dalai Lama.

The Tibetan-Buddhist culture is prominently visible at Mcleodganj, largely populated by the Tibetan community.

Ideal for experiencing the Tibetan culture, Dharamshala is a must-visit for you and your partner. The main street boasts of shops selling Tibetan art and craft and food joints serving a wide range of Tibetan dishes from momos to Thenthu.

Overall, there are plenty of touristy things to explore in Dharamshala, providing a holistic and fulfilling experience for a trip with your partner.

March to July, October to February

Gaggal Airport, Dharamsala, is the nearest domestic airport, approximately 13 km away. A local taxi can be hired to reach the destination.

The nearest railway station, Pathankot, is 85 km away from where a bus or taxi can be hailed to the destination. There is also a smaller station Kanga Mandir, 22 km away. Dharamshala is well connected through highways and can be accessed via state-owned buses as well.

Manali has plenty of trekking sites around it, making it a base camp location. Cafes with great ambiance, good wifi availability, quaint eateries, and convenient shops, Old Manali is a popular neighborhood flocked by tourists.

The Bhrigu lake trek, approximately 20 km north of Manali, is one of the easiest treks during summers, reaching an altitude of 14,000 ft. While in Manali, you can also visit the Rohtang Pass and Solang valley for various adventure activities, including zorbing, paragliding, skiing, and horse-riding.

March to June, October to February

Kullu Manali Airport is the nearest domestic airport, approximately 50 km away. A local taxi can be hired to reach the destination.

The nearest railway station is Ambala Cantt at a distance of 200 km from where a bus or taxi can be hailed. Manali is well connected through highways and can be accessed via state-owned buses as well.

Nestled at an elevation of 12,500 ft, Spiti means the “middle land” is between India and Tibet. It is a cold mountain valley desert surrounding the Spiti river and one of the least populated areas in India. Spiti lies in the northeastern region of Himachal.

Kaza – The administrative headquarters serves as a base to explore the surrounding villages of Langza, Hikkim, and Komik. Dhankar houses the ancient Dhankar Monastery situated right at the edge of a cliff overlooking the Spiti River along with housing the famous Dhankar Lake atop the monastery.

The Key Monastery is the most famous monastery in the region housing ancient Buddhist scriptures.

Chandra Tal is one of the most beautiful attractions Spiti has to offer – a crystal clear deep blue water body reflecting its surroundings. Chandra Tal is a popular camping location and a perfectly romantic spot for you to spend time with your partner.

Summers are comparatively pleasant in Spiti, with temperatures ranging from 0 to 15 degrees Celsius. However, winters in Spiti are not for the weak, with the temperature reaching sub-zero levels.

April to July, October to March

Kullu Manali Airport is the nearest domestic airport, approximately 245 km away. A local taxi can be hired to reach the destination. The nearest railway station is Joginder Nagar, at a distance of 360 km from where a bus or taxi can be hailed. By road, Spiti can be reached either via Manali through Rohtang Pass or via Shimla through Kinnaur.

Also known as Magic Valley, Waichin valley is a 4km trek away from the popular Malana village near Kasol. A remotely located hidden getaway, Waichin valley offers the beauty of camping under the stars amidst the mountains. A wonderful place to get your adrenaline pumping, Waichin is not a very easy trek and hence offers quietude to spend time in your partner’s company.

Kullu Manali Airport is the nearest domestic airport, approximately 50 km away. A local taxi can be hired to reach the destination. The nearest railway station is Joginder Nagar, at a distance of 130 km from where a bus or taxi can be hailed.

To access Waichin valley, you would have to take a cab to the dam area near Malana village post, from where it is a 4 km trek.

How to Reach Himachal Pradesh?

Himachal can be reached through air, rail, and road travel.

The Chandigarh and Pathankot airports on the border of Himachal provide access to Himachal and are well connected with the rest of the domestic airports.

What’s the Best Season to be In Himachal Pradesh?

The best time to visit Himachal is from March to June when the weather is expected to be pleasant and sunny. October to February is the best time to experience winters in Himachal. However, the weather conditions in some locations become extreme.

What are the Best Locations to Camp in Himachal Pradesh?

Camping in Spiti can be done either by carrying your own gear or staying at campsites. You can choose campsites based on your location and budget preferences. Most of the campsites offer twin-sharing tents making it the ideal choice for accommodation for couples.

If you plan to carry your own camping gear, research camping locations to avoid inconveniences and possible dangers.

Preferably pitch your tent near a hotel or a guest house or another campsite for safety and convenience. Look for places to camp near existing chadar tents, dhabas, or small villages nearby.

An ideal place to rekindle love, Himachal Pradesh will be far from a disappointment for couples who love adventure and camping. Moreover, with our list, you can plan your travel at the earliest.

So, what are you waiting for? Get ready for an awesome camping trip with your partner! 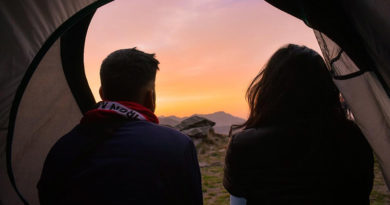 How To Prepare for Camping With Kids? 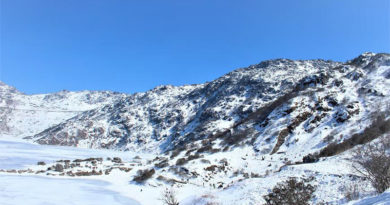