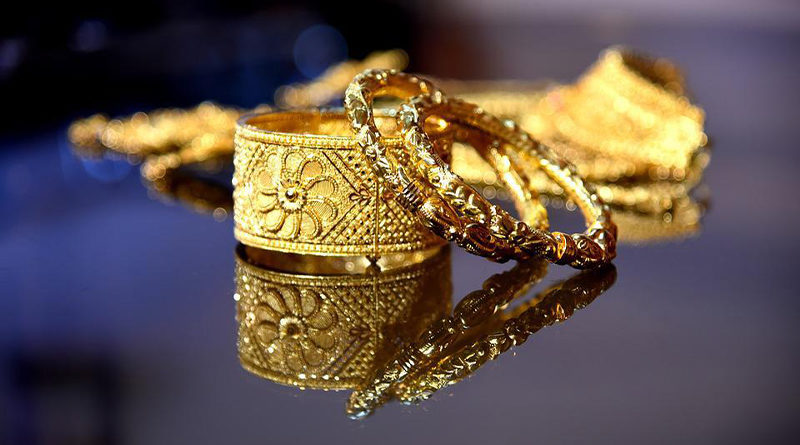 The land of northeast India is a paradise waiting to be explored, and Sikkim is among the many beautiful places. There are four significant communities in Sikkim – the Lepchas, the Bhutias, the Limbus, and the Nepalese. While they come from the same location, each community has a unique culture with its customs and traditions.

Hence, there is no common ‘Sikkimese’ jewelry – they vary in looks, size, and purpose according to their community.  In this article, we shall be exploring the ornaments in the attire of these tribes and are going to list down everything about the traditional jewelry of Sikkim from head to toe.

What Is Sikkimese Jewelry Made Of ?

The Sikkimese people are mainly of two types – metal-casted ones and trinket kinds like bracelets, chains, watches, and earrings. The metal used to cast heavy bangles, anklets or necklaces is usually silver or gold, as these are high-value items. They also use semi-precious stones to make the other type of colorful beaded jewelry.

Jewelry made out of precious metal is made by first making a bronze prototype model with all the design details intended. The design patterns are usually in the style of Thangka art – a religious Buddhist painting style with Tibetan roots. The model then goes through the procedure of lost wax casting.

After the prototype is perfected, the frame is given more layers of wax to make the figure thick enough. Later, a layer of gold is cast after it has been shaped, and you have your jewelry made. Semi-precious stones are used to add a touch of color. The most commonly used stones are turquoise, lapis lazuli, or corals.

Each ethnic group has its own jewelry type, and all have a distinctive way of showing their traditional hues. It symbolizes their community and tribe, as your attire is how you distinguish them.

The Lepchas are indigenous people whose origins are speculated to be from Myanmar, Tibet, or Mongolia, but they believe they are original inhabitants of the land. The aesthetic of their attire is simple, comfortable, and mobile and is aimed to look like it does not draw attention.

Their traditional jewelry ranges from being made of bamboo and semi-precious stones to gold, silver, and even silver coins!

The items made using wax and gold casting are usually worn during festivities as they are traditional jewelry of high value. Lepcha jewelry worn by women is as follows:

Namchok is heavy golden earrings that are usually circular and heavier than your average earrings. The designs made on them are floral in Thangka style.

Lyak is the traditional Lepcha necklace, usually made of semi-precious stone beads, with a prominent central pendant made of gold. The pendant usually has traditional Lepcha designs and is sometimes adorned with turquoise or coral.

Gyar is a simple gold-plated bracelet and can vary in shape and size without a set prototype design.

Men of the Lepcha tribe do not particularly have traditional jewelry, but they have accessories that are considered their ornaments.

The Nyamrek is the traditional belt of the Lepcha man. In the northeast, attires of different tribes are usually distinguished by the weaving pattern on their cloth. Hence, the Nyamrek usually has the typical Lepcha print, consisting of lines, triangles, checks, and many other linear designs.

The Thaktuk is the traditional cone-shaped Lepcha hat for men. Tribal culture is deeply situated in hunting, agriculture, and worshipping nature – hence, the Lepcha hats, too, have different purposes closely related to these things.

This hat is woven with bamboo and the arrowroot plant and coated with mica plates on the inside. It goes through seven stages of weaving. In ancient times, weavers used to make Sumok Thaktuk chanting mantras, and they symbolized a high status (high priest/chieftain/ generals).

This is an all-weather hat made out of bamboo and woven in the traditional spider-web pattern, a trademark of Leppcha hats. It is adorned in the middle with a traditional stone called Sathim Aachyu and the spikes of a porcupine. Papri Thaktuk is considered to protect wearers from evil spirits.

Anok Thaktuk is known as the traditional Lepcha hat. It is made out of velvet and adorned with a knot on the top. It was the headgear of royal soldiers during the rule of the Chogyal dynasty, and today, Anok Thaktuk is essential for wearing during religious festivals and marriage ceremonies.

Serabu Thaktuk is the hunter’s hat. It is made out of different straws that are rolled in a manner to cushion the skull and then intricately bound with bamboos.

This is a sun hat made with bamboo and straws. The purpose of this hat is to work in the field.

Baanmok is the traditional knife adorned by Lepcha men during functions and ceremonies. It is a plain, short knife with a sash of the Lepcha print for it to hang by the side. The tip is slightly rounded, and the sheath is bamboo or softwood. Historically, it was used for close combat against enemies.

A generic variation of the Baanmok is the Baanpok. Baanpok is also a short knife with a diagonal tip with a sharp edge. Baanpok is presented to a boy at around eight or nine years of age and is a Lepcha boy’s first prized possession. It is used for all purposes and can cut through wood and even bone.

Ban Payook is a Lepcha sword with a curved edge. It has the same scabbard style with a sash as a Baanpok. Ban Payooks are usually found in the houses of Lepchas who are well-off or at a higher place in society or museums.

The Bhutias are another tribal community who are believed to have a Tibetan/Himalayan origin. Bhutia attire is colorful, and their jewelry is known to have an affinity for gold – the pure, 24-carat kind as they prefer to make their traditional ornaments out of pure and heavy metal.

Other Bhutia trinket-type jewelry is colorful and has semi-precious stones – especially the presence of turquoise, red coral, and Dzi beads. The designs on them lean toward Buddhist patterns and styles.

Traditional ornaments that Bhutia women wear are as follows:

Bhutia women wear gold plated, heavy earrings known as Yencho. They go through the wax and gold casting procedure and are sometimes adorned with either turquoise or red coral in the center. They are traditionally flattened and circular in shape.

Khao is a traditional necklace worn by Bhutia women. It has two variations – one made of gold and the other with semi-precious beads and stones. The gold ones are torque-styled, usually chunky and heavy, and are designed to sit like the precious piece around a woman’s neck.

Phiru are pearl ornaments worn as necklaces and are Tibetan-inspired. Sometimes, they have a heavy silver or gold pendant as the center. Due to religious reasons, turquoise, red coral, and Dzi beads have a heavy influence.

Tibetans believe turquoise plays a significant role in granting the jewelry its spiritual powers. Meanwhile, the red coral is there to balance out the spiritual effect of the blue in turquoise. The local explanation for this balance is that the blue-green turquoise is worn for healing purposes by people with tired, bloodshot eyes.

Dzi beads are also part of Tibetan as well as many Asian cultures for using them as prayer beads. Originally, they were made of agate and are present in Bhutia jewelry as they ward off the ‘evil eye.’

Diu is the traditional bangle worn by Bhutia women. They are chunky, heavy gold or silver, and sometimes adorned with semi-precious stones.

Bhutia women love to be adorned with traditional jewelry and also wear thick, silver-coated anklets known as Khalli. These, too, have intricate carvings and designs sometimes.

Joko is the traditional ring of Bhutia women made with either silver or gold. The designs and shapes vary, but the gold ones usually always have turquoise or red coral as the center.

The Diu, Khalli, and Joko made of silver are worn as daily ornaments, but the ones made of gold are reserved for traditional festivities as Bhutias pride their gold.

Men do not have any traditional jewelry but are expected to wear the Shambo (a traditional conical hat lined with fur) with their attire on these momentous occasions.

People of the Limbu community are of Sino-Tibetan origin and are one of the only tribal communities that make up a large chunk of Sikkim’s population.

The women of this community are culturally and historically rich – not just for their beautiful jewelry but also because Limbu society believes that lineage is transmitted matrilineally.

Their ornaments are mainly made of gold (samyang), silver (yuppa), glass stones (yuppa), coral or amber (ponche), and turquoise (mudhin).

The primary influence of Limbu jewelry is nature. Their traditional jewelry is as follows:

Apart from these, two other significant pieces of jewelry are Swagep, a traditional golden ring, and the Hukpangi, a type of silver bangle. Limbu women wear many other accessories that it is difficult to name all. Hence, the few listed above are just the known, traditional ones.

Like most Sikkimese men, Limbu men do not have traditional jewelry but an authentic cap made of cloth called the Paga – which makes them more part of one’s attire.

4. Other Type Of Sikkimese Jewelry

As mentioned before, each ethnic group of Sikkim has its attire and ornaments – which makes it hard to label all of them under one category as a state. Hence, we have covered only the main three tribes that were the original settlers in detail.

Apart from them, Sikkim also has many ethnic groups with Nepalese roots that speak the language. Some of these are also the initial inhabitants of the land. This category shall focus on ornaments from these groups and other specific Sikkimese jewelry.

Headgear is traditionally made of gold with a dangling pendant at the forehead.

Nepali earrings are of two types – Chepti Son and Gadwari. Both are made of gold and are usually flattened and chunky.

The Tamang community is a group of Sikkimese people of Tibetan origin. Tamangs are also an influential part of Sikkim and make up 6.8% of the indigenous inhabitants of Sikkim. They have their own traditional attire and jewelry.

Ghau pendants are special necklaces of Tibetan origins that are actually ornate boxes to keep prayer scrolls! They are usually silver and have healing stones like turquoise, lapis lazuli, and other corals. Buddhists keep many things like sacred herbs or relics of late gurus to remember them in these Ghau pendants.

Akor earrings are beautiful ornaments of Lhasa origin and are distinguished by their long length and their end, which is a lotus bud. They were originally worn using strings due to their weight and were tied to the headdress.

In contemporary times, you can easily find these beautiful turquoise and red coral stones in Sikkim as they have become part of the community.

Ornaments are an emotionally and historically rooted accessory for people in India – especially women. Traditional jewelry carries the love and stories of mothers to their daughters, and Sikkim is no different. They have existed in Sikkimese households for generations, so they are costly both in the market and in the family. Apart from jewelry, Sikkim is also rich with a culture closely related to Buddhism. Different types of traditional dresses vary according to their communities and a unique variety of local languages. Indeed, it is a must-visit place and the one state you should mark on your map for your next holiday. 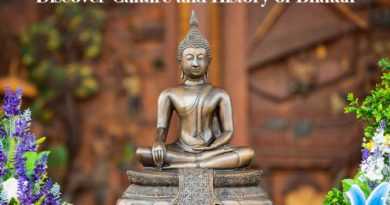 Tourist Attractions in Bhutan: Discover Culture and History of this Region 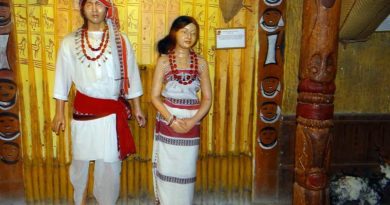 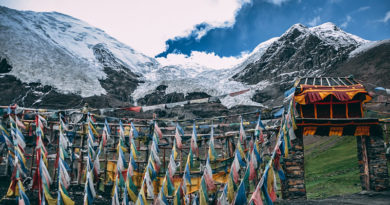