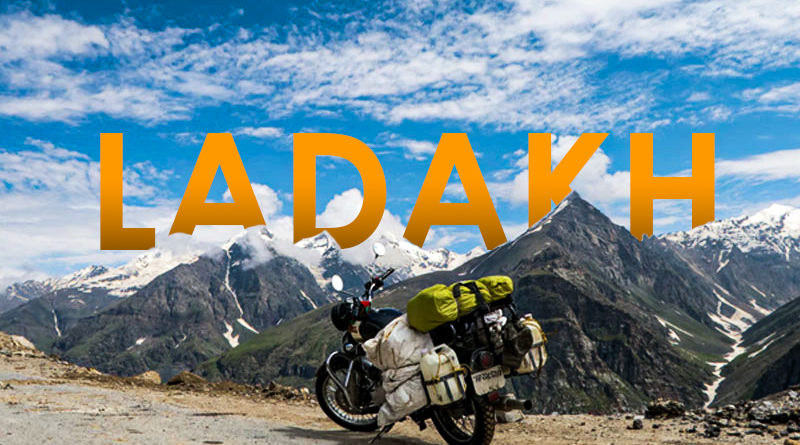 Ladakh originates from the Tibetan ‘La Dak’ which means the “land of high passes”. Ladakh has earned the accolade of being the highest plateau in India.

The region has one of the most breathtaking views on Earth and is a photographer’s paradise. After all, Kashmir is not called paradise on Earth for nothing, right?

Ladakh has a little something for every type of couple. If you are the bold and adventurous type, you will find a lot of great treks on scenic passes to frozen rivers. If you are not so much for such adventures, in that case you can camp at the banks of the numerous scenic lakes and create unforgettable memories with your partner under a starlit sky.

Ladakh is home to some ancient monasteries if inner peace is what you seek. So, read on to find out the perfect camping place for you and your loved one in Ladakh.

If you have watched the iconic Bollywood movie – 3 Idiots, you must be aware of the breathtaking view this famous lake of Ladakh offers.

It is an endorheic lake, situated at an altitude of about 14000 ft above sea level. Lying on the Indo-China border, a part of it lies in India while the other lies in China. Since Pangong is located on the border, an Inner Line Permit is required to visit.

An item on the bucket list of most travelers, its shades of blue form an aesthetic and pleasing sight to behold. The lake is about 134 km long and approximately 5 km wide at its broadest point. The water is very cold even on a hot day, and the cold winds start blowing at dusk and can be tough to weather unless well covered.

From Leh, you can reach the lake by using Chang La pass. There are plenty of camps set up around the banks of the lake ranging from budget-friendly to plush stays.

Tso Kar also known as Tsho Kar is a saltwater lake situated in the southern part of Ladakh. A world heritage site, the lake is known for its fluctuating size. It is also called the “White Lake ” as its shores are covered with white salt of the water deposits, leaving its visitors spellbound.

The nomadic settlements of Gursan and Thugje guard the lake and surrounding area.

If you and your partner are enthusiastic about bird watching, this lake is the ideal place to visit as it is an A1 category Important Bird Area (IBA) according to Bird Life international.

Many species come to the area during the migration season to lay their eggs. The surrounding mountains are also home to the famous Snow Leopards.

From Leh, you can reach Tso Kar by driving approximately 160 kms.

Tso Moriri is the largest high-altitude lake that belongs entirely to the Indian territory. It lies approximately 50 kms away from Tso Kar. Tso Moriri is one of the most sacred lakes for Ladakhis, creating a quiet peaceful aura. The lake is approximately 29 kms long and 8 kms wide.

The beautiful myriad of blue colors offered by the lake, in addition to a picturesque landscape around, makes this travel site extremely romantic. The lake is close to the Line of Actual Control (LAC), so an Inner Line permit is required to visit the lake and it is approximately 240 kms away from Leh.

Tso Moriri is a wetland reserve known as Tso Moriri Wetland Conservation Reserve. Hence, camping or pitching tents on the banks of the lake is prohibited. However, there are plenty of campsites available nearby.

A lesser-visited lake as compared to Pangong Tso, Yarab Tso is also a tourist attraction of the Nubra Valley. It is 15 km away from Diskit near Simur village. You would have to hike for 20-30 minutes from the Panamik village to reach the breathtaking scenery that awaits you.

To reach Panamik, you would have to take a local taxi from Ladakh or Leh. The remote location makes it a great place for you and your partner to spend together in solitude.

The nearby Panamik village also possesses hot Sulphur springs known for their medicinal properties. You and your partner can spend time relaxing in the springs.

After considering the popular Lake attractions in the Ladakh Highlands, it’s time to visit the valleys to come across more such beautiful campsites.

Nubra, also known as “Dumra” is a tri-arm valley cut by the rivers Nubra and Shyok. Dumra in Tibetan means valley of flowers, giving you a hint about the scenic vistas of this valley. Nubra Valley is accessible via Khardung La – World’s highest motorable road and is situated between Kashmir and Tibet.

Nubra Valley, along with Pangong Tso, is the most visited tourist destination in Ladakh. Nubra Valley is also a cold desert like the rest of Ladakh, hence you can pitch your tent anywhere.

The valley has plenty of villages with varying landscapes and scenery. While the village of Hunder has its camel safaris and white sand dunes, the village of Panamik has its hot water springs along with access to Yarab Tso.

Tourists flock to Diskit because of its monastery and the availability of hotels. Turtuk happens to be the last village on the Diksit side, offering an experience of the Baltistan culture, different from the rest of the valley.

Markha Valley, the largest valley of Ladakh, is a stunning river valley and a famous trekking route too.

The beginning point of the trek is usually Ganda La pass near Spituk in the west up to Gongmaru La near Hemis. These passes offer a panoramic view of the Karakoram and Ladakh ranges. Kang Yatze, a 21000 ft tall mountain, is situated towards the head of the valley.

Through the trek you shall cross many streams and rivers, some knee-high as well. If you and your partner like adventurous activities, camping in the Markha Valley may be the best for you.

The valley contains many small monasteries of which Techa Gompa is an important Buddhist monastery.

Markha and Hankar are the largest villages, while Rumbak, Shingo, Sara, and Skyu are other villages of the valley. These villages are made of mud huts surrounded by a green oasis in the middle of the cold desert and bring you closer to the culture of Ladakh.

Zanskar Valley, the hidden gem of Ladakh, is nestled in the Northern Himalayas at a height of 13000 ft. Zanskar’s snow-capped mountains views and pristine water bodies offer a scenic landscape. Zanskar is also well known for adventure sports such as paragliding, water rafting, and trekking.

The temperature drops down to -30 degrees Celsius in the winter. Numerous monasteries line up the valley, such as Lingshed Monastery, Sani Monastery, Stongdey Monastery, and more.

The Pensi La pass that separates Zanskar Valley and Suru Valley can be visited. After crossing Sankoo, you might not get any mobile connectivity making you and your partner each other’s sole company amidst the valley.

The distance between Leh and Zanskar valley is about 460 kms and takes around 11 hours to reach via NH1 and NH 301. After arriving in Leh, one can opt for a hired vehicle or hail a taxi to reach Zanskar.

Zanskar has limited campsite options but there are plenty of places to camp en-route if you carry your own camping gear along. Also, plenty of guesthouses are available at Zanskar.

If the Zanskar Valley trek seems slightly difficult for you and your partner, a visit to Sham Valley would better serve your purpose as Sham Valley is considered a beginner-level level trek. Known as “Apricot Valley ”, Sham Valley is home to some of the remotest Ladakhi villages.

In case you’re traveling to Leh via the Srinagar Leh highway, most of the sightseeing places can be covered without straying too far from the highway.

Otherwise, a day can be dedicated to visiting the valley. Places to be visited include Phyang Monastery, Magnetic Hill of Ladakh, Confluence of Indus and Zanska rivers, Mani Wall, Likir Monastery, Bagso Palace/Monastery, Rizong Monastery, Alchi Monastery, and Hemis Shukpachan.

Hemis Shukpachan, named after a grove of cedars, is a pretty village to stay the night in.

If you and your partner wish for a meditational retreat, Rizong Monastery is also known as the “paradise for meditation” with strict regulations.

Alchi Monastery is an ancient monastery built in the 10th century while Likir is famous for its 25 feet gold-covered statue. The river confluence is a beautiful sight to behold and a definite stop for photography lovers. You and your partner can also spend some time by the confluence before moving on to other sightseeing spots.

What Are Some Tips for Camping In Ladakh?

Keep in mind the below-mentioned points if you’re planning to camp in Ladakh:

The erstwhile Buddhist Kingdom is a Union Territory in the Kashmir region.

How Can You Reach Ladakh?

The nearest airport, located in Leh, is the Kushok Bakula Rimpochee Airport located in Leh which is well connected to other airports such as Delhi. Ladakh can also be accessed by roadways or railways. The best railway station is the Jammu Tawi railway station at a distance of approx. 900 kilometers.

What’s the Best Season to be In Ladakh?

The snow clears out in May, making May to September the most conducive duration for camping in the highlands.

What Are The Best Locations to Camp In Ladakh?

If you do not possess your own camping gear, you can choose campsites based on location and budget preferences. Most of the camps offer tents on a twin-sharing basis making it the ideal choice for accommodation.

In case you’re planning to bring your own camping gear along, be sure to be well informed about your camping locations to avoid inconveniences and dangers. It is advisable to pitch your own tent near a guest house or a hotel or another campsite for convenience and safety.

It would be best to look for places to camp near existing campsites, chadar tents, dhabas, or maybe a small village nearby. This may prove beneficial in terms of availing washroom and food facilities.

“Tso” or lake could be the topmost consideration for your campsite. Camping near a lake or any other water body is better, so it would help to choose a campsite accordingly. While camping directly by the riverside may not be allowed, there are plenty of tent options close by to help you.

Ladakh has a host of beautiful lakes to offer amidst the mountainscape. Read on to find out!

Undoubtedly, Ladakh is one of the most popular tourist destinations in India. Its unique lakes and mesmerizing scenery, can definitely be the perfect camping place for couples. 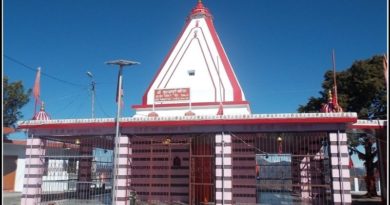 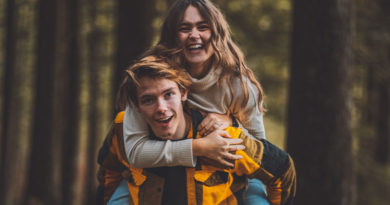